During the COVID-19 crisis, Legal Aid Center of Southern Nevada is here for you. Call us at 702-386-1070 or connect with us via email at info@lacsn.org. We will continue to respond to the needs of the community by helping individuals, small businesses, and families affected by the current circumstances. Click here for more information and to access our COVID-19 Legal & Financial Toolkit.

Legal Aid Center in the News

Several charitable organizations in multiple states as well as Puerto Rico are benefiting from grants provided by the Country Rising Fund at The Community Foundation of Middle Tennessee.

Nevada’s highest court has ruled that payday lenders can’t sue borrowers who take out and default on secondary loans used to pay off the balance on an initial high-interest loan.

Flood of frustration over leaky roofs: How to get landlords to repair damage

As the sun shines on the Las Vegas valley once again, many are left drying out and cleaning up damage left behind by leaky roofs and even ceiling collapses. 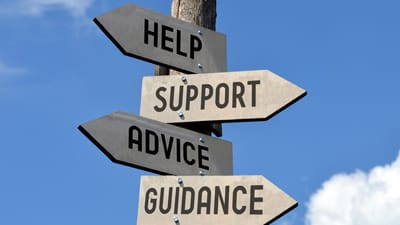 The Vegas Strong Investment & Financial Planning Toolkit offers a wealth of information from tips to avoiding financial fraud to how to choose an investment professional.

How to keep your rights: free event on guardianship alternatives

LAS VEGAS (KTNV) Nov. 27, 2017 - Judge Frances Doherty and the Second Judicial District Court, with the support of the State Bar of Nevada, Legal Aid Center of Southern Nevada, and National Resource Center for Supported Decision-Making, are sponsoring a statewide outreach event on November 28, 2017 in Las Vegas.

We have a new class about Payday & Title Loans 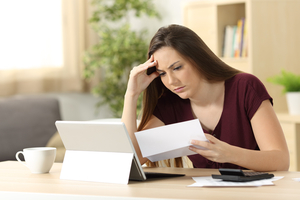 Come to this free class and find out what you need to know about payday and title loans, including what lenders can and cannot do. This class is offered the 1st Wednesday of the month.

A Nevada bill raises the threshold for a total loss to 80 percent and proposes that anything else totaled by an insurer should get a salvage title.

Over the weekend Orrin Johnson published an opinion piece titled “A bold idea: Government should treat adults like adults.”

NV Attorneys Honored for Making "Justice For All" Come True

LAS VEGAS — More than a thousand Nevada attorneys gave a total of 25,000 hours of legal work free of charge in 2016, and on Friday, December 9, they will be honored at an awards luncheon hosted by the Legal Aid Center of Southern Nevada.

As Auto Lending Rises, So Do Delinquencies

Regulators are airing "significant concern" about the millions of Americans who are falling behind on their car loans, even as auto lending continues to boom at a near record pace.

Bride and groom have venue issues at Lake Las Vegas

It's stressful, it's expensive, but it's one of the happiest days of your life. We're talking about your wedding day. But one happy couple hit a major roadblock.

The Nevada Supreme Court has joined calls for lawmakers to overhaul the state's troubled guardianship program that critics say victimizes some of the disabled and elderly people it was set up to help.

A Nevada Supreme Court commission on Thursday called for sweeping reforms of the state’s guardianship system in hopes of better protecting the state’s growing elderly and infirm population.