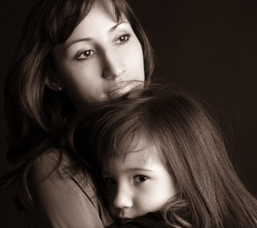 Legal Aid Center of Southern Nevada is a private, nonprofit, public interest law firm dedicated to providing free legal advice, advocacy, and representation to residents of Clark County. It is our mission to ensure that individual rights are protected regardless of a client's ability to pay for an attorney. Eligibility for our services depends on the type of legal assistance a client needs and their income level. This is determined during an initial intake session, at which time we also review the range of public and/or private services that may be of assistance.

This brochure is intended to provide a general overview of some of the more common issues encountered in family law and their interrelationship with domestic violence. Domestic violence includes physical and sexual abuse.

Custody refers to both "legal" and "physical" custody of the parties' minor children.

Custody laws are evolving with respect to LGBT parents.

Where one parent is granted primary physical custody over child, that parent is the "custodial parent"; the other, the "noncustodial parent", is usually granted visitation rights. This may be true even in situations where there has been domestic violence.

Every child has the right to support from both parents. That includes financial support for their care, medical needs, and education. This support continues until the child reaches 18 years of age or 19 if still enrolled in school.

A custodial parent of a minor child can obtain a court order for child support from the noncustodial parent in several ways: by an order from the court through either a divorce, legal separation, or custody and/or paternity case; through an order of Temporary and/or Extended Protection; or through a child support case brought by the District Attorney, Family Support Division.

The minimum for child support is $100 per month per child.

A TPO can be obtained to protect you and your children against violence or threats of violence from a person with whom you have (or had) a close relationship: that is, a present of former spouse, a person you date or used to date, the parent of your child, someone related to you by blood, marriage or adoption, or a person who regularly lives or used to live in your home.

In situations involving domestic violence, a victim can obtain an TPO from the family court that will prohibit the abuser from having any contact with the victim and/or the minor children. The TPO may also award child custody, visitation and child support, among other things.

A TPO may last for 30 days or until the date of the court hearing on your request for an extended protection order, generally three to four weeks. At the time of filing your application, you may request that your TPO be extended for up to one year. In order to extend the order, you must appear at a hearing before a hearing master. The other side will also be required to appear at the hearing. The hearing master will determine whether there is sufficient evidence of domestic violence to extend your order for protection for up to one year.

If the TPO is extended and the abuser violates the provisions of the protection order by contacting you,

harassing, or abusing you, you may request that he/she be incarcerated or fined by the court.

The requirements to establish eligibility for a VAWA self-petition as an abused spouse are:

The U-Visa is a crime-victim visa designed to provide lawful status to noncitizen crime victims who are assisting or are willing to assist law enforcement agencies in investigating and prosecuting crimes. Domestic violence and sexual assault are included in the list of qualifying criminal activities eligible to apply for U-Visas. Victims of domestic violence may be eligible to apply for a U-Visa if:

Immigration law is complex; therefore, it is important to speak to a qualified immigration attorney or accredited immigration advocate to learn more about the options for battered immigrants.

This project was supported by Grant No. 2014-WLAX-0016 awarded by the Office on Violence Against Women, U.S. Department of Justice. The opinions, findings, conclusion and recommendations expressed in this publication/program/exhibition are those of the author(s) and do not necessarily reflect the views of the Department of Justice, Office on Violence Against Women.