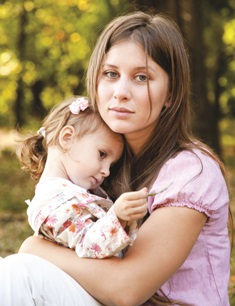 WHO CAN GET A DIVORCE IN NEVADA?

To get divorced in Nevada, either spouse must have been a Nevada resident for at least six weeks before filing for divorce.

If there are minor children, the children usually must live in Nevada for at least six months before the divorce is filed.

Nevada is a “no fault” divorce state. This means the person asking for a divorce does not have to prove that anybody did anything wrong to cause a divorce. A person seeking a divorce only needs to allege:

WILL I HAVE TO GO TO COURT?

It depends. If the spouses can agree to all of the terms of the divorce, they can file a Joint Petition for Divorce that outlines their agreement. After filing the Joint Petition, the parties can submit a final Divorce Decree to their assigned judge for review. If the judge approves of the terms, the judge will sign the Divorce Decree. These divorces are typically granted within a few weeks and without a hearing.

If the spouses cannot agree to everything, one of them can file a Complaint for Divorce and have the other spouse formally “served” with the papers. The other spouse can then file an Answer and Counterclaim. These documents will tell the judge what each person wants out of the divorce.

After these papers are filed, the judge will set a Case Management Conference in about 90 days. At that point, both parties will have to appear in court so the judge can find out what the issues are. The judge can also issue orders to get the case moving forward.

HOW WILL COMMUNITY PROPERTY AND DEBT BE DIVIDED?

Community property and debts include but are not limited to: bank accounts, personal property, a business run by a spouse, houses, investments, retirement plans, credit card debts, and vehicles.

Generally, any property or debts owned by a spouse before marriage is separate property and belongs solely to that spouse. Separate property can turn into community property in some circumstances. Please consult with an attorney before agreeing to any significant property division.

WILL ALIMONY (SPOUSAL SUPPORT) BE AWARDED?

One spouse may be entitled to ongoing financial support from the other spouse after a divorce. There is no precise formula for awarding alimony; it is decided on a case by case basis. In determining alimony, the court will consider:

If alimony is awarded, a spouse can later ask the court to change the amount of alimony if circumstances change. To reduce or eliminate alimony, the spouse paying alimony typically needs to show a 20% or more reduction in income plus an inability to pay.

WHAT IS A LEGAL SEPARATION?

Sometimes couples want to separate but do not want to divorce. A legal separation handles the issues discussed in this pamphlet EXCEPT the parties do not actually get “divorced.” At the end of the case, the parties are legally separated but still married. Common reasons people seek a legal separation are:

WHAT IS AN ANNULMENT?

An annulment voids a marriage, which means that, legally, the marriage never occurred.

Unlike a divorce, a spouse asking for an annulment must prove to the court that he or she is entitled to an annulment. Grounds for annulment include:

To obtain an annulment in Nevada, one of the spouses must have lived in Nevada for at least six weeks before filing the complaint, or the marriage must have taken place in Nevada.

HOW WILL CHILD CUSTODY BE DECIDED?

Legal custody refers to the basic legal responsibility for a child and the power to make major decisions that affect the child such as decisions about healthcare, religion, and education. A court will grant a parent either joint or sole legal custody. There is a statutory preference for granting parents joint legal custody.

Physical custody refers to the amount of time the child spends with each parent. There are three different types of physical custody a court can award:

• Primary Physical Custody
If one parent has the child more than 60% of the time, that parent is usually considered to be the primary physical custodian. The other parent will have visitation.

• Sole Physical Custody
Sole physical custody is when one parent has the child most of the time.  The the other parent may have some or no visitation.

When parents cannot agree on physical custody, the court refers them to the Family Mediation Center to negotiate their own custody agreement. If the parents still cannot agree, the court will decide custody based on the best interest of the child.

All parents must attend a seminar for separating parents, known as a â€œCOPEâ€ class. The class teaches parents how to co-parent for the benefit of the child. Each parent must file a certificate of completion of the class before the judge will sign a final decree. The seminar is offered in person and online in both English and Spanish.  Visit https://www.familylawselfhelpcenter.org/classes-programs/cope-class  to find a list of authorized class providers.

HOW IS CHILD SUPPORT SET?

Child support is set based on the number of children, which parent has physical custody, and the parentâ€™s incomes.  You can estimate the amount of child support that would be ordered with an interactive online calculator at https://nvchildsupportguidelinescalculator.azurewebsites.net/

If the noncustodial parent's income is 150% or less of federal poverty guidelines, the court can set child support at a lower percentage.

If the noncustodial parent earns more than $6000 per month, there are additional percentages added to the child support amounts above.

For parents who share joint physical custody, the court calculates both parent's incomes based on the guidelines above, then subtracts the lower amount from the higher amount.  The parent with the higher income pays the difference.

The court can also adjust child support up or down based on the specific needs of the child and the economic circumstances of the parties.

WHAT ABOUT CHILD CARE AND INSURANCE?